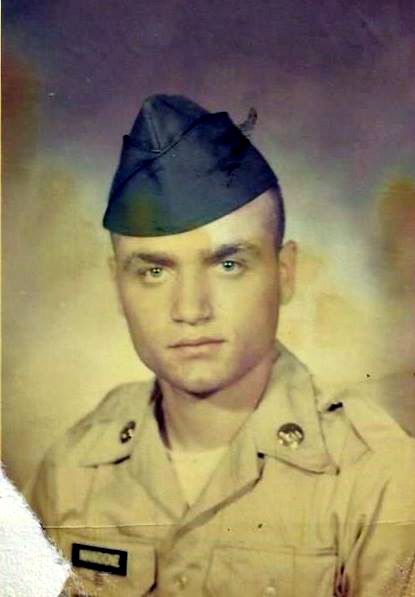 This guy I used to know from Blue Island passed away suddenly and unexpectedly on October 30. His name was Joe Mangione and he was a close friend of my older cousins in town, whom I idolized when I was growing up. He was in the Army during the Vietnam era, as were a couple of my cousins. He also rode motorcycles, as did my cousins – they were the ones who got me hooked before I even started grade school. Our knowledge of each other would have been limited to that – seeing each other at my uncle’s house in the 1960’s and early ’70’s, and perhaps at a few of my cousins’ parties thereafter – except that Joe and I had the pleasure of working together for a short period of time. 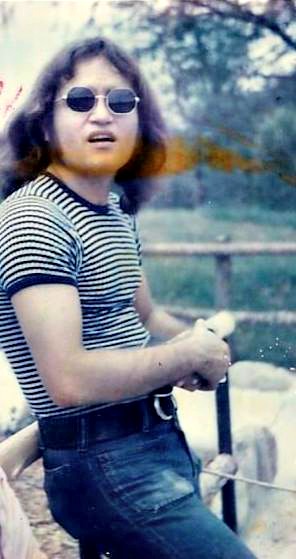 It was the summer of 1978 and I was 17. That in and of itself was magical, but I was too young to realize it at the time. My cousin/godfather Frank had bought a small gas/service station on the east side of Blue Island and he brought me on to pump gas and do some light mechanical work, like fixing flats and changing oil. I got to move cars around, too. Joe was a full-time mechanic there. Just being a part of this scene was cool for a young kid like me. Besides learning my way around the engine compartments and undersides of cars, I got to meet interesting people, learn crude jokes, run errands around town (I loved driving) and, the east side of Blue Island being what it was at the time, learn how to carry myself like a young Italian American, which at the time had become a very cool thing to be.

This was where I got to know Joe, and vice versa. Joe was not taller than me, but he was about twelve years older than me, so I looked up to him. As far as I was concerned, Joe had been around and he was cool. He had served in the Army, although he didn’t talk about it a lot. He knew how to work on cars. He had a modified Kawasaki KZ1000 with a Windjammer fairing and Pioneer Super Tuner stereo. He had a steady girlfriend. Joe also had poise, a genuine smile, a calm demeanor and a warm, friendly tone of voice. And he was very good at doing the young Italian American thing. 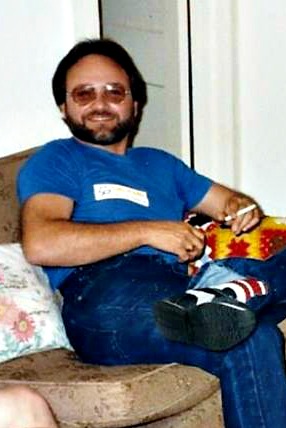 I had none of the above. But between Joe, Frank, my other cousins and a handful of other east side regulars who frequented the station, I had my role models – at least for one magical summer.

We worked hard, but we had our fun, too. Like the time Frank had a car up on one of the lifts and had been working underneath it with a cutting torch, while wearing a brand new pair of work shoes with perforated tops, for better ventilation. Joe and another mechanic named Al, who only worked on Saturdays, were looking on as Frank did his masterful work. Sparks were flying everywhere from beneath the vehicle and as luck would have it, one such spark – apparently a really hot one – found its way into one of the vent holes atop Frank’s new shoes.

I was working in the next bay over when I heard a loud “AAAAaaaiii!” coming from beneath the car on the other lift. Pausing from whatever job I had been doing at the time, I turned to see Joe and Al clapping their hands in unison and beating time with their feet as poor Frank hopped about on one foot while simultaneously trying to hand off the still-lit cutting torch, so that he could then remove the one shoe into which that metal spark had flown – and was still smoldering. I may have learned some new English and Italian swear words that day. 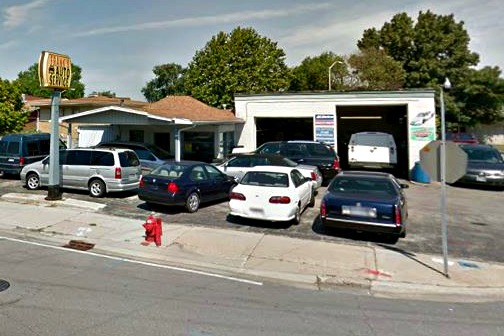 Yes, that was pretty good, but let me tell you my favorite Joe story. If this doesn’t illustrate how cool Joe could remain under pressure, I don’t know what would. We had been bleeding the brakes – a necessary step to remove any air bubbles that may otherwise remain in the lines following a brake job – on an early ’70’s Chevy Chevelle. It’s a simple enough operation. I went up with the car on the lift, while Joe tended to the brake lines. He would tell me to pump the brakes or depress and hold the brake pedal, as he opened and closed each line accordingly. Once the job was done, the car would be lowered and started, at which point the brake pedal would need to be depressed and pumped up one more time, as the power steering pump restored brake pressure. Simple, right?

So after the brakes had been bled, Joe lowered the lift and once the car was back on the ground, I got out and headed back outside to whatever job I had been working on before. After a moment, Joe got into the car and went to start her up. I can still remember the sweet sound of that Chevy’s V8 engine cranking over, followed suddenly by a momentary roar of exhaust and the scream of peeling rubber. Then utter silence. I spun around to see the back of that Chevy, now a good two feet forward from where it had been, and Joe, still in the driver’s seat, with his left hand still holding the steering wheel and his right on the gear shift lever, which was now up in the “Park” position. I walked back in to see what had happened. The front of the Chevy had stopped less than an inch away from the red metal cabinets and the cinder block wall immediately behind them. In the space of maybe one full second, Joe and the Chevelle had come that close to going right through the shop’s back wall.

After another second or two, Joe released his death grip from the steering wheel and shift lever, eased himself out of the car and just looked at me. I could only think of one thing to say.

“The car was in gear. The indicator said neutral, but it was in drive. I’m feathering the gas pedal to get her started, but as soon as the engine caught, that bitch was leaving town.”

“But the car won’t start in gear.” Joe just looked at me, apparently weighing my statement against the reality of what had just happened.

“The safety kill switch must be bad, too.” He continued, “I went to hit the brakes and the pedal went right to the floor. There was no time to pump it back up, so I grabbed the gear shift and threw it into ‘Park’. That must have killed the engine.”

I may be paraphrasing here, so forgive me. It’s been over thirty years. But still, pretty quick thinking in the space of a second, don’t you think?

I couldn’t think of anything else to say. I just looked from Joe to the car, to the wall, to the car, and back to Joe. Then I thought of the sight of Joe sitting there in the driver’s seat, rigid, and began laughing uncontrollably. I couldn’t stop.

“Not funny, Mike,” was all he offered. Joe never once raised his voice over the ordeal. In fact he was smiling at me the whole time, probably from relief that he had not created a new rear entrance to the garage. Such was the demeanor of Joe Mangione.

That summer had been a magical time for me, and Joe was a part of that magic. I saw him less and less in the years that followed, especially after I left Blue Island myself. But I never forgot the times that we shared and the few times that Joe and I did see each other over the years, we always smiled.

So you see, it’s not like Joe and I were long-lost brothers or really close friends. Nonetheless when I heard the news last week, it hit kind of hard. Maybe because I had fallen into that all too familiar trap of believing I would always run into him again, sooner or later. Maybe because a number of people who I love would surely be struck by this loss. Maybe because another part my distant past had just faded from view. Probably some combination of the above. But as the saying goes, it is what it is.

Joe died last week. I wasn’t expecting that. But I am damned glad that our paths crossed to the extent that they did. I am a better person for it. Thanks, Joe. 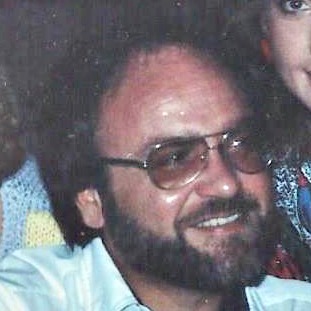 2 comments on “Let Me Tell You Something About Joe”