The times in my life when I did not have a dog have been few and far between — and sometimes intentional. Whenever I have had to say goodbye to one of my pets, for example, I would always wait for an unspecified period of time before getting another. Maybe it’s part of my grieving process; I don’t know. Last time it was just a matter of months. In the May of 2015, we lost Rocky, our Border Collie/Beagle mix and my near-constant companion for 14 years. In September of the same year, we adopted young Madeline, a Labrador Shepherd (we think) mix, and gave her a forever home along with a new name, Leia.

From the first time I saw her photo online, while I had been perusing photos from the various area shelters, I knew she would become our next dog. But before she became our Leia, this pup led a very rough life and had more than one brush with death. She had been rescued from a kill shelter in Tennessee on the same day she was listed to be euthanized. While with her foster family, it was discovered that she had contracted canine parvovirus. The disease had already advanced and this pooch was not expected to survive—but she did. I figured any dog who’d been through all that deserves a shot at having a better life. So we set out to give her one. 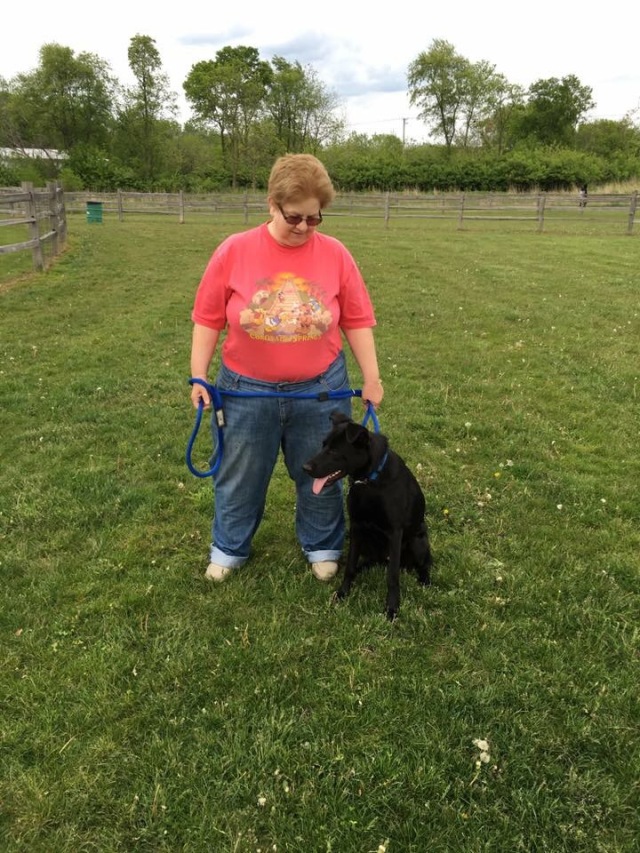 We took her home and fed her, and she grew. And grew. And grew. Leia now weighs between 60 and 70 pounds. She has grown rather large, but remains svelte. I sometimes refer to Leia as “the black princess,” but I do so in a loving manner, despite any reasons she may give me to do otherwise. I’ve never had a dog quite like this one. She’s a chewer, a digger, a runner, and a jumper. Leia has a lot of energy and of we don’t make a point of getting her to use it in a non-destructive way, she will expend it in her own way, which can be destructive indeed.

I’ll never forget the first time I looked into our backyard to discover that somebody had been pulling our landscape timbers out of the ground and carrying them around like sticks. Leia has dug substantial holes in our back yard, some of which lead into other people’s yards. She has jumped fences, torn fences apart, and eaten fence boards. She sometimes picks up rocks bigger than my fist and carries them around.

In an effort to curtail this destructive energy, I began taking Leia on daily walks, usually between two and three miles each time. Okay, sometimes she takes me, but that’s not the point. The point is that these daily walks have been good for both of us. I have lost weight, gained energy, and otherwise feel better about myself, and Leah hasn’t eaten any structural materials in a while. See, everything works if you let it.