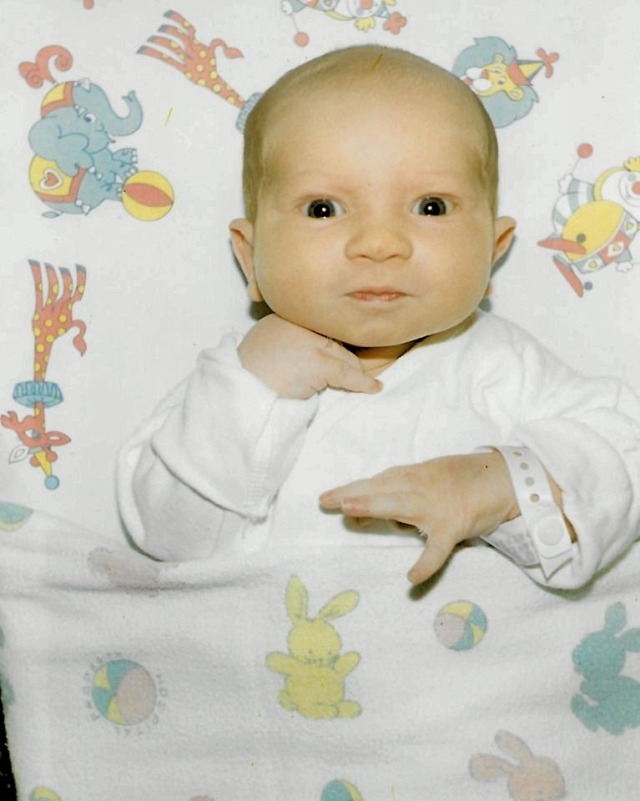 On a cold winter night in the early ’90s, my daughter Teresa came into this world. My wife Karen and I had been waiting for her, enduring nearly 24 hours of induced labor for naught. You see, our daughter has had a stubborn streak since before birth and to this day, we argue over which one of us she gets it from. And so we were taken to an operating room, where two surgeons were preparing to take our first child by force. We did not yet know whether we were having a boy or a girl, so we had names picked out for each possible outcome. Back then there were only two possibilities, male or female, and we were ready for either. Some of the dialogue going on in the O.R. was priceless.

“I feel like I’m gonna fall off this table.”

“I think I’m starting to shiver. I feel so cold.”

Meanwhile, I’m clutching my wife’s hand, cowering behind an imaginary “blue field” boundary under warning that if I crossed the field, all progress would halt while they resterilized the entire room before starting over again.

“Hey, Karen, have you had your appendix removed?”

After what seemed like forever, the team extracted an offspring and exclaimed, “It’s a girl!”

“We have a Teresa,” I announced to my wife with a quivering voice as our new daughter uttered her first cry. One doesn’t forget moments like that.

I have fond memories of including my growing family in one of my favorite activities, road trips. When Teresa was just six months old, we spent a week up in Door County with some dear college friends and their own toddler daughter. We rented a small house right on the shore of Sturgeon Bay for just a few hundred dollars (try doing that today). It was an awesome time for all involved and as I recall, that was the week Teresa learned to pull herself up and take steps while holding furniture. We also found her climbing up a flight of stairs. 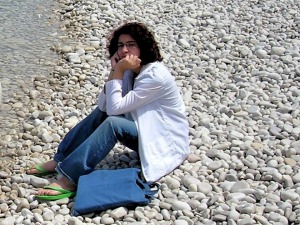 We returned to Door County once, many years later, but instead of camping, we stayed at a wonderful motel in Baileys Harbor on the Lake Michigan side. A year or two later, joined by our new son, we went visiting relatives in Philadelphia and New Jersey. It was fun showing off our new offspring. I also got to see my grandmother alive one last time. More than anything else, I recall saying goodbye and telling Grandma I loved her, knowing that in all likelihood we would not see each other again. The sun was shining as I walked out of the nursing home, fighting back tears and holding on to my kids with an odd-yet-comforting sense of gratitude. 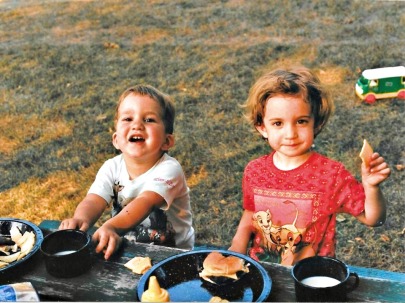 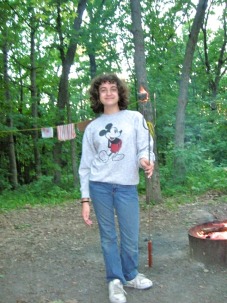 There were camping trips, too. I used to have a boat, a 17-foot bowrider that we would trailer up to Calumet County Park on the eastern shore of Lake Winnebago in Wisconsin. I really liked that secluded park, but it didn’t seem to like us very much. Some of the worst weather I’ve ever experienced happened during various stays there. The very last time we visited, Teresa slipped off a slippery rock in the lake and broke one of her adult teeth on the same large stone. Years later we spent a weekend camping at Devil’s Lake State Park, possibly my favorite park in the entire state. We even brought the dog. The weather was perfect and we all seemed to have a great time. Why we never returned is a mystery.

I would be remiss not to mention my daughter’s fascination with, make-up, costumes, the performing arts, and art in general throughout her life. My son pursued acting in high school, college, post-graduate studies, and then professionally only because his big sister had been so active in theater during their middle school years and drew him in. Teresa took numerous art classes in college and went to cosmetology school after graduating, in order to help pay for her grad school tuition. Today she is my hairdresser — and a very capable one — but she is about to obtain her Masters in Social Work so I don’t know how much longer I’ll be able to boast about that.

I’ve been a motorcycle fanatic since my preschool years but didn’t truly become a motorcyclist until I was 43 years old. When I got into motorcycling, Teresa naturally followed, as did her brother before long. We attended the Chicago International Motorcycle Show year after year, religiously rode together in the Chicagoland Ride for Kids charity event, and took a few overnight motorcycle road trips. When they were old enough, Teresa and her brother John went halfsies on an old Kawasaki Vulcan 500. In the years that have followed, he has ridden more and more, she less and less, for personal reasons. Still, Teresa and I have made enough two-wheeled memories to last a lifetime.

So many memories of all kinds, really. I recall the birthdays,  Teresa’s first day of kindergarten, grade school, middle school, high school. and college. And of course, I remember the graduations. Each was a milestone. Each served to remind me that my little one was growing up. Some were harder than others — the day she went off to college, for example. I have never had a good poker face, so when a dear friend of mine asked what was up, I was honest with him about what had been bothering me.

I’ll never forget the advice he gave me that day. His eyes fixed on mine with a warm look of understanding as he said, “We spend all of their lives preparing them for this, for adulthood. Then one day, it happens.”

Life happens. Some of it hits me harder than others, I guess. My daughter recently became engaged. This event was not entirely unexpected but you see, it was just a few short years ago, on a cold winter night in the early ’90s, that I heard my little one utter her first cry. Such is the bittersweet passage of time.