What a fantastic day! We started off with breakfast at the La Crosse Family Restaurant, which is located just across the parking lot from our hotel. I can’t say enough good things about that place. The food is good, the people are friendly, and the prices are more than reasonable. It’s just a great place to start the day.

The Midwest Motorcycle Rally officially opened late this afternoon, so Ann and I had more than half a day to ourselves before then. After gassing up the bike, we headed out of La Crosse on Highway 14. 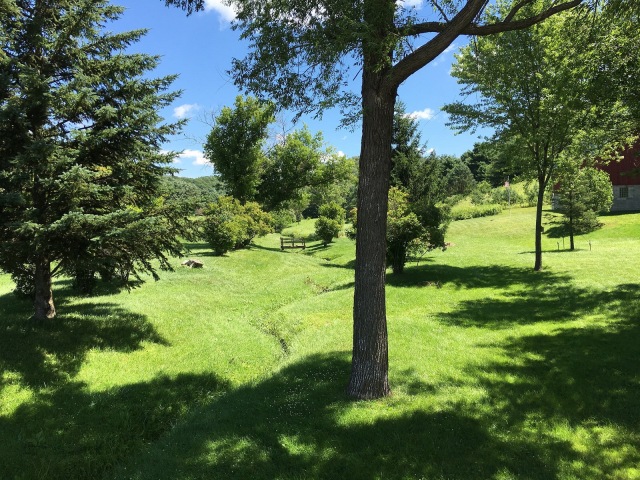 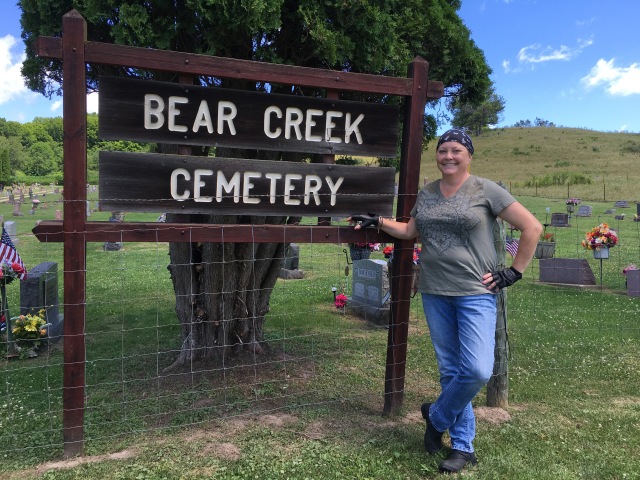 We eventually switched to Highway 82 and a few secondary roads, until we arrived in La Farge. This is an area where part of Ann’s family (on her mom’s side) settled many years ago. I got to see several points of interest, but the crown jewel was touring Bear Creek Cemetery, where a significant number of Ann’s relatives and ancestors are buried. We also stopped to see a farm that has been in her family for many years. It was a great experience for me, because even though Ann and I have known each other for over 35 years, there is so much we don’t know about each other—and I get the biggest kick out of discovering new things about her and showing/telling her things she never knew about me.

And the roads! There were no harsh twisties on this route, but not much in the way of straight roads, either. Instead we were treated to a seemingly endless string of sweeping curves and elevation changes. It was great fun.

We got back to La Crosse in the early afternoon and stopped downtown for lunch. We just parked the bike and started walking around until we found a place that appealed to both of us. That place turned out to be The Old Crow, a gastropub featuring a variety of craft beers and some pretty interesting food dishes, too. I’ll be back. 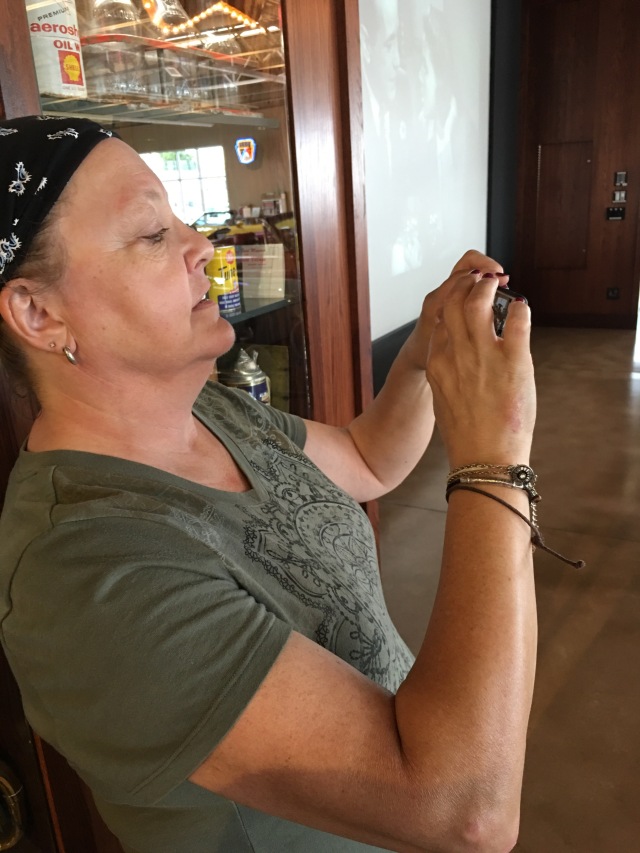 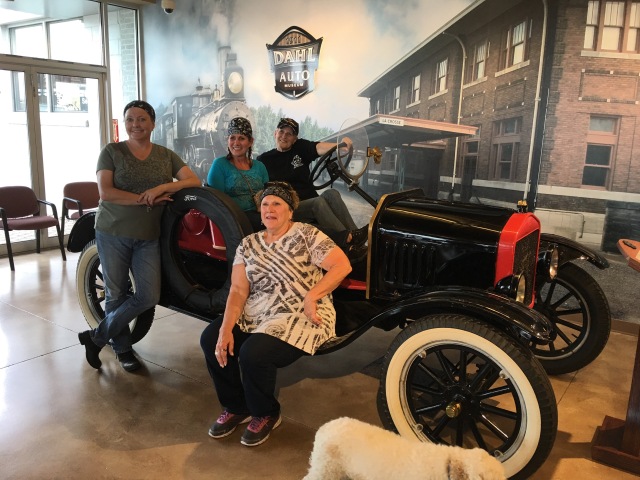 Once we got back to our hotel, we didn’t have much time before the MMR kicked off with a quick ride to the Dahl Auto Museum, for a private after-hours tour. Dahl has been in business for many years, first as a dry goods store and then as a seller of automobiles. The museum’s collection is noteworthy and our visit there was a fun one.

From there we went directly to a Bike Night event that was going on at Rudy’s Drive-In, a favorite stop of mine in La Crosse. I got to see some cool bikes, reconnected with owner Gary Rudy, and thoroughly enjoyed introducing Ann to Gary and his 50’s style drive-in experience. 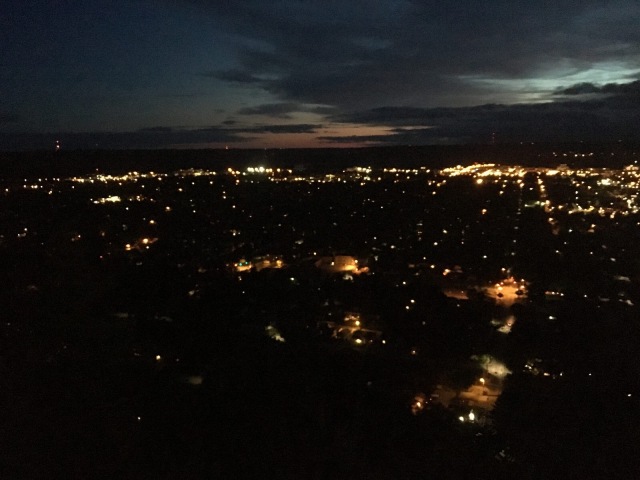 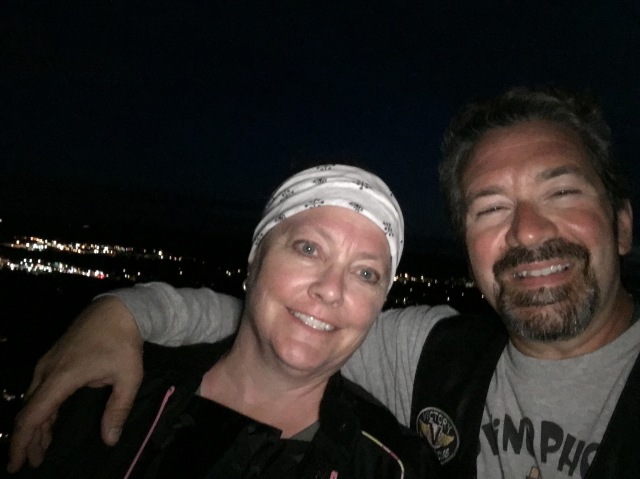 After a quick stop at the hotel, we were off again, this time on a “Bug Run” to Grandad’s Bluff, overlooking the city of La Crosse. The view from up there is beautiful and the ride up the bluff, especially at night, can be an attention getter, too. 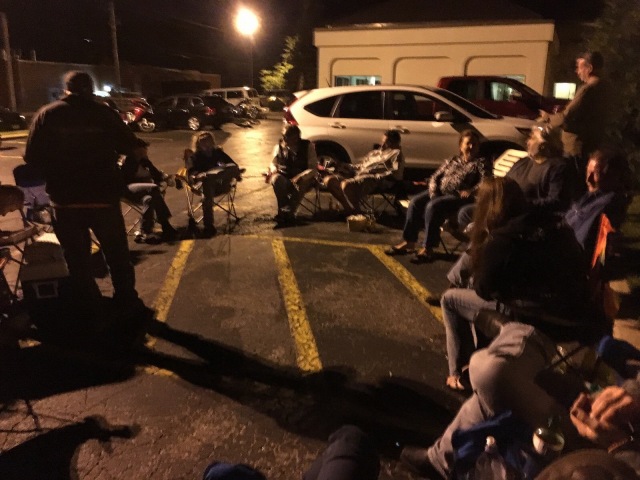 We finished our day with some classic MMR socializing in the parking lot of our hotel. I only mention this because I had the pleasure of being introduced to three gentlemen who were attending the rally for the first time and had learned of this event by reading the article I wrote about it for Thunder Roads magazine two years ago. On top of a fantastic day that was already over the top, that made me very happy.

If all days were half as good as this one was, I would have no bad days. Thanks for hanging with me.

Here is a video excerpt of our ride today…