This was an odd day for the Rendezvous Run. My son John, coming east from Portland by way of Twin Falls, had pulled into our Cheyenne hotel parking lot rather late the night before. After hugs, greetings, debriefings and assorted conversations, we planned for a delayed start the next morning and then turned in for the night. By morning, though, two of our crew had woken up very early and headed out on their own. So then there were three. 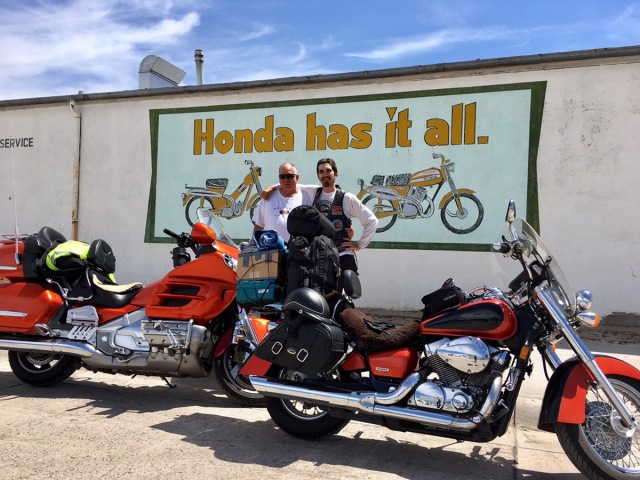 After gassing up, we headed east across Nebraska. No touristy stops per se today, but we did get off the interstate for a while and rode U.S. 30, also known as the Lincoln Highway, from  Sydney to Ogallala. In Sydney we found a Honda dealer who had been in business 50 years. We had been fueling our bikes when our friend Eddie noticed an interesting but dated Honda mural on the building across the street from us. That was the dealership. 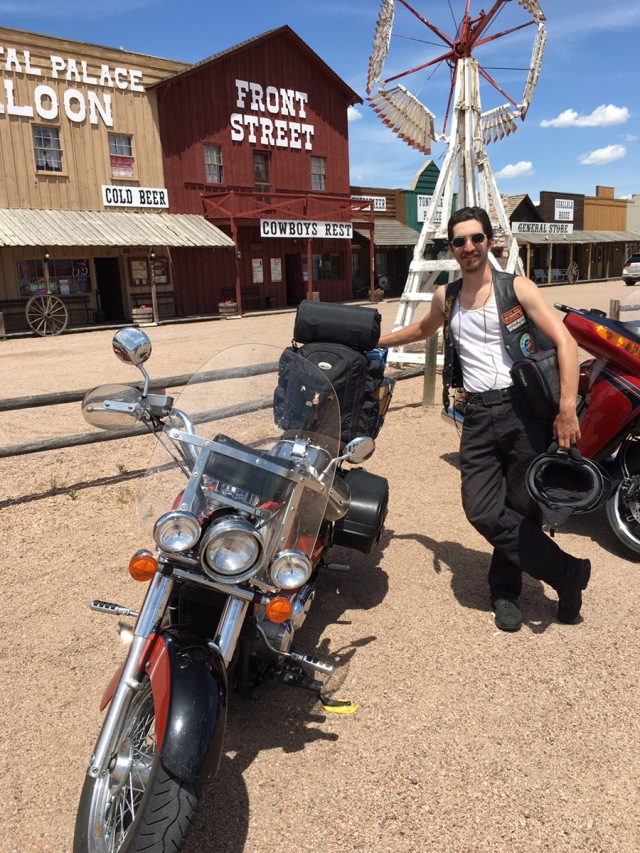 In Ogallala, we found the neatest place to stop for a late lunch, the Front Street Restaurant and Crystal Palace Saloon. But for the deep, loose gravel lot we had to park on, this is an excellent place, with great food, a museum, a stage for live entertainment, and more. The people were very friendly, too. We had a fun time there.

After that, we got back onto I-80 and rode… and rode… and rode, stopping only for fuel and bathroom breaks. At one point, John noticed one of my headlights had gone dark. Less than an hour later, the other bulb went out, too. The high beams still work. No night driving until we get those replaced.

Tomorrow, the final leg of our Rendezvous Run unfolds. More to come!

One comment on “Rendezvous Run Day 3: Cheyenne to Lincoln (Again)”