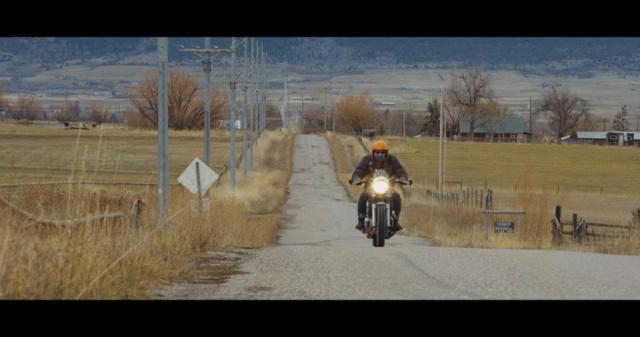 “Motorcycles are outlawed. Gasoline is $20 per gallon. Self-driving cars are taking over. Silicon Valley and the United States Government have collaborated to push society toward a fully-autonomous transportation system. Motorcycles and riders are an easy first target in the drive to ban human-operated vehicles. Impossible, you say? Not so fast.”

Could motorcycles be outlawed in our lifetime? This is the question with which we are confronted in The Last Motorcycle on Earth,  a dramatic series by Eric W. Ristau, a director, cinematographer and editor of independent films, documentaries, and television commercials. This series is co-produced by Geneva Ristau, who has co-directed numerous works with Eric, and Neil “Morto” Olson, who also plays the story’s central character. An Indiegogo crowdfunding site has been established for The Last Motorcycle on Earth, which has already been in production, albeit on a limited budget.

I have been a loyal and supportive fan of cinematographer Eric W. Ristau since 2013. That’s the year The Best Bar in America was released. Produced and directed by Eric and his brother Damon, that movie resonated with me in a big way and I wasted no time telling anybody who would listen about the film. Eric acknowledged my enthusiasm and thus began our casual acquaintance of the past five years. We attempted to meet for a beer once, but Eric was in Canada the one time I had managed to ride my motorcycle through Missoula, Montana. I would still like to have that beer, though. I believe that someday, we shall do so.

How feasible is the scenario presented in this dramatic series? Eric submits the following.

“Our current youth culture is largely focused on virtual experiences rather than the tangible, physical stuff past generations were drawn to– in this case, motorcycles, cars and expression of personal freedom through travel. More young people than ever are deciding against getting a driver’s license and interest in ownership of vehicles by that group is at an all-time low. It is said that the last person to receive a driver’s license has already been born.”

As an active member of three distinct Motorcycle Rights Organizations, I’ve read various position statements on the topic of autonomous vehicle technology. Before reviewing the background information and video footage from The Last Motorcycle on Earth, though, I never gave serious thought to the possibility of the rise of autonomous vehicles causing the end of the motorcycle hobby as we know it. Now? I’m not so sure.

Let’s think about this. The technology is moving forward at a faster rate than most of us would have expected. There is no small amount of corporate backing for the advancement of autonomous vehicle technology. Countries, as well as companies, are vying to become the clear dominant player in this arena. And today’s youth are tomorrow’s voting majority.

Displacing conventional automobiles will surely take time, but based on our smaller population and lesser popularity, the motorcycling community seems like a feasible target for elimination by those who stand to gain the most from our loss. Think about that.

Please take a few minutes to view the following video. Perhaps you will consider helping to fund The Last Motorcycle on Earth. If you ride or are a fan of the hobby, I would also urge you to consider joining one or more motorcycle rights organizations. And as always, thanks for hanging with me.