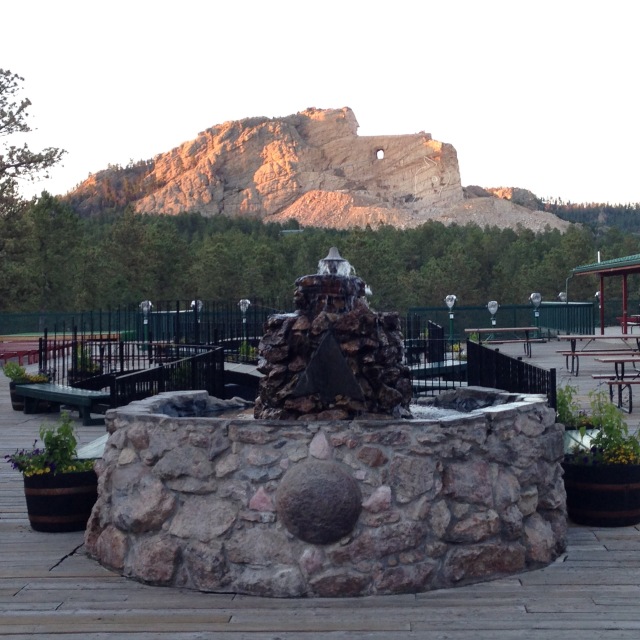 Those of you who have visited the Crazy Horse Memorial and watched the video presentation that they show in the visitors center will immediately get why I chose Crazy Horse as my backdrop for this post. But for the benefit of those who have not yet been, I offer this brief explanation. In the video of which I speak is a gentleman who expresses his appreciation for the concept of being a spiritual being living out a human experience. I may be paraphrasing, but the point is that I share in his appreciation. I would love to give credit where credit is due, but the concept (and quotes thereof) has been attributed to more than one philosopher and used by several motivational writers/speakers, including a favorite of mine, the late Dr. Stephen Covey. So if nothing else, I find myself in pretty good company as I attempt to share a few words of my own on the subject.

I must point out that I have never written about this before—indeed I’ve only even discussed it with a select few whom I deem closest to me—so forgive me if this post comes across as sparse, disjointed, or utter nonsense. I’ll be the first to agree with you. So with that out of the way, and if you’re still reading, pull up a chair, pour yourself a drink, smoke’em if you gott’em, and let’s talk.

At face value, I’m considered a “cradle Catholic” in that I was born into the Church and am still an active member. In-between, however, lies a substantial gap of some years, during which I wandered in the desert and denied many things, including my Catholic identity. This post isn’t about all that. It’s not about religion at all, really. I only bring this up because even during that period of years, I never stopped being spiritual. I’m not even sure what that means, yet I know it to be true,with certainty.

Philosophically, I subscribe to the notion of the whole person being comprised of body, mind and spirit. If I deny any of the three, I deny a part of myself. And I am obligated to feed, nurture and develop all three in order to live fully. Believe it or not, the component with which I struggle most is the mind. Why? Because it cannot stand alone. A chemical imbalance within the body can and will cause the mind to falter. Yet an unbalanced mind can also destroy the body, either directly or indirectly. Sometimes I wonder if the mind, as we understand it, is nothing more than the intersection of body and spirit. That to me makes sense.

But what of the spirit? And what the hell is it, anyway? Yeah, I knew we would end up here sooner or later. Bear in mind, I am neither an expert nor a scholar in this matter. I can only speak from my experience, which has shaped my paradigm. My sense of things is that of the three components that make up the whole person—body, mind and spirit—the spirit is either the largest or the least contained. Surely one’s spirit can be lost or broken, but it can also stand alone. Without bringing religion into it, I can’t really get into the concept of the spirit pre-existing (or surviving) the physical person’s existence, so I won’t go there. I will say, however, that I have seen things and experienced things that have shaped my personal belief system, or B.S.for short.

Yes, I am a spiritual being living out a human experience. I like that concept. It seems to fit. If you were expecting tales of the supernatural, well, that’s not really what this is about. Besides, you gotta’ walk before you can run. Thanks for hanging with me.